A Quick Overview of Utility Plowing 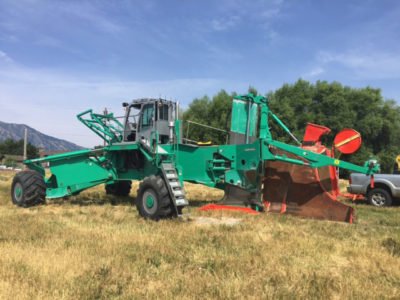 A Quick Overview of Utility Plowing

A crude idea of cable plowing has been around ever since the laying of the first cable, and it was a tedious process. However, utility service providers like Americom now use modern heavy machinery to handle that same process, ensuring minimal disruption to the landscape, shallower digs, and cost-effectiveness.

Because of the traditional roots for this process, not much has changed for utility plowing in function, but the form has become much more refined, and much quicker.

What Is Utility/Cable Plowing and How Does it Work?

Usage of the process is preferred on large, open, and soft-surface areas. Think of it like farming, except utility cables are laid into the plowed land instead of seeds. The cables are buried directly with large machines that cut the ground to a specific depth (usually about 4-6 ft), lay the cable with a centerpiece, while the attachment behind the plow closes the cut.

This way, cables can be buried over large distances fairly quickly and easily.

The speed of plowing and the number of passes it may take for the machine to cut the ground depends entirely on the ground surface. For harder surfaces, the operator does not feed the cable yet and lifts the closing attachment.

The number of passes needed may also increase depending on the depth and width of the “plow slot” you are looking for. Once the required specification has been achieved, the conduit coil is mounted on the machine, which is then laid into the plowed land. This conduit can be pre-filled or filled later, depending on the type of cable to be laid and the operator’s preference.

Once the cable has been laid, the plow slot is then backfilled. As mentioned above, the plowing machine usually has an attachment behind it that pushes the dirt it removed back into the trench. Although the attachment does compact the dirt on top of the conduit, it is a good idea to give it another pass.

Can Cable Plowing Work On a Small Scale?

While utility plowing is better suited for large, open areas with soft surfaces, that doesn’t mean that it doesn’t work for smaller projects. For example, cable plowing has been used extensively for yards, gardens, and landscaped areas to install utility lines or sprinkler systems.

If grass or vegetable plants are present in the ground where you are plowing, they might not make it. However, fruit plants can survive a nearby plowing if they are mature enough (at least 2-4 years, depending on the type).

Still, you may not be able to use the plowing machine as efficiently. Large-scale contractors usually don’t accept minor contracts, so you may have to look locally.

If you are looking for a utility/cable plowing contractor, Americom would love to help you out. Give us a call to see what we can do for you and get a quick quote on the service today!