How Wireless Services Have Evolved for Commercial Industries 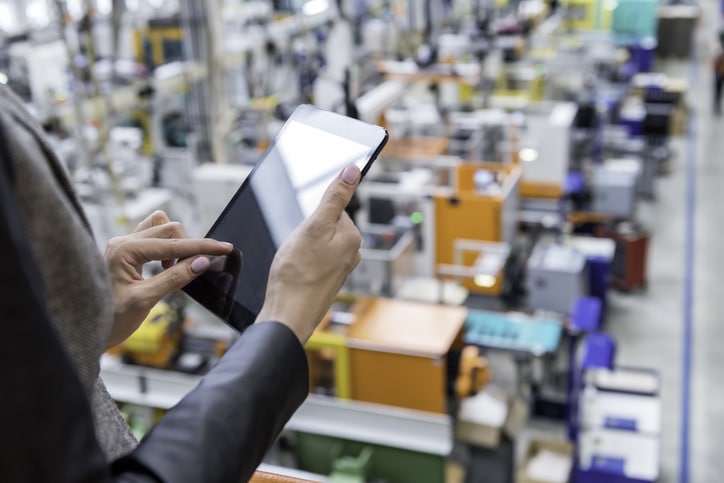 How Wireless Services Have Evolved for Commercial Industries

The manufacturing technology we use now was unimaginable a few decades ago, and it’s hard to even fathom making the same things with hand-made tools and equipment a few centuries ago. We have made a lot of progress, but the leaps have been immense even in the past few years, especially since wireless services became more widespread.

Today, the world is changing more rapidly than anyone could have imagined; however, it often seems slow to us. So let’s get some perspective and see how wireless communication has also led to the evolution of many industries, especially manufacturing plants.

A Short History of Wireless Services in Industries

Believe it or not, the 18th and 19th centuries’ industrial revolution laid the foundation of wireless services used today when the production of goods shifted from homes to factories. The idea of labor safety wasn’t considered as much at this point, but increased efficiency and automation were every industry’s dream.

The World Wars gave industries a dire need to increase efficiency, and the backbone of this efficiency was communication systems. There was no concept of IoT at this point, just better communication through telephones, telegraphs, and faxes. The second half of the 20th century saw this dream turning into a reality.

As telephone lines were being laid throughout the country along with utility lines, manufacturing plants and industries found extensive use cases for intra-facility communication. They were also incorporated into the military’s wireless communication systems, allowing military personnel to communicate over much longer distances than what the utility lines allowed.

In the late 1980s, international communication was established, and industries worldwide quickly adopted this technology – at least in the bigwigs’ offices.

The Industrial Internet of Things

The beginning of the 21st century saw the Industrial Internet of Things or IIOT being introduced, reflecting the true evolution of manufacturing technology. At the time, it referred mostly to wireless technology for inter and intra-facility communication.

However, as the concept of wireless technology started being implemented across machines, allowing them to communicate with each other, costs started decreasing significantly, and manufacturing processes started getting streamlined. Labor requirements were cut in half, and machine learning, data centers, and automation became the next big innovations for industries.

Now, wireless services for industries are the next big thing in almost every manufacturing plant; however, this isn’t the end of the line. IIOT research is accelerating considerably now, with almost 13 million new connections to be installed in the Industrial IoT, helping companies decrease costs, prevent failures, monitor machines/facilities remotely, and do so much more.

Some pinnacles of industrial IoT include:

The Future is Here

If we look back at how far the industrial IoT has come in the last 20 years alone, we can see that what was believed to be impossible is already happening. Wireless services are changing the world as we knew it, and the power of evolution will continue to do so for the foreseeable future. Industries that don’t stay up to date with these changes will be left out.

If you’d like to make sure your industry stays up to date and ready for the changing world, we recommend you give our engineers a call. We’d love to help you modernize your facility, where you need wireless services, security, or any other technological or utility service incorporated into your business.